The ISMIR conference is the world’s leading research forum on processing, searching, organising and accessing music-related data. The 22nd International Society for Music Information Retrieval Conference will take place from Nov 8-12, 2021 in an online format.

Fraunhofer IDMT's Semantic Music Technologies group is happy to meet you at the ISMIR 2021. Arrange a meeting via the ISMIR Lab Showcase, or get in touch with us via the contact form on this page.

A Novel Dataset for Time-Dependent Harmonic Similarity between Chord Sequences

State-of-the-art algorithms in many music information retrieval (MIR) tasks such as chord recognition, multipitch estimation, or instrument recognition rely on deep learning algorithms, which require large amounts of data to be trained and evaluated. In this paper, we present the IDMT-SMT-CHORD-SEQUENCES dataset, which is a novel synthetic dataset of 45,000 chord progressions played on 45 different musical instruments. The dataset is organized in a triplet fashion and each triplet includes one “anchor” chord sequence as well as one corresponding similar and dissimilar chord progression. The audio files are synthesized from MIDI data using different sound fonts from FluidSynth. Furthermore, we conducted a benchmark experiment on time-dependent harmonic similarity based on learnt embedding representations. The results show that a convolutional neural network (CNN), which considers the temporal context of a chord progression outperforms a simpler approach based on temporal averaging of input features.

Detection of music and speech sequences in radio and TV programs

Detection of the melody in a song

Detection of a given audio query within a stream or file 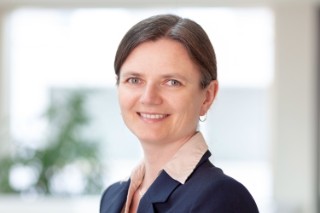