René Rodigast was born in 1966 in Gera/Germany. From 1989 to 1994, Rodigast studied Electrical Engineering in Hermsdorf and in Jena. He worked as a technician in the field of audio and video technology for theater, broadcast, and live events. From 1995 to 2002 he was technical director for professional audio and video applications working closely together with the Carl Zeiss AG on different planetaria installations.

Since June 2002 Rodigast has worked at the Fraunhofer Institute for Digital Media Technology IDMT in Ilmenau/Germany – international well-known for its applied and market-oriented research. He is head of the group “Professinal Audio” in the business area Acoustics. One of his major projects was the first implementation of the Wave Field Synthesis technology IOSONO in a commercial movie theater. Another outstanding success was the development of a new sound system for the world’s largest open-air Floating Stage “Bregenz Festival”, Austria in 2005. 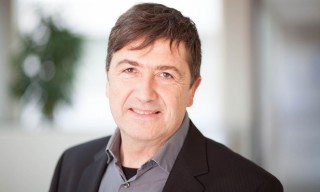