The ability to speak is a key competency for participating in society. Any restriction in speech capability due to age, illness or disabilities results in the risk of social withdrawal for many of those affected. In the ISi-Speech project, a training system is being developed on the basis of computer-assisted speech recognition that allows affected persons to independently train their speech capability. A motivation and feedback system will support the individual training situation. The system is initially intended for persons with significantly reduced speech intelligibility due to a neurological illness such as Parkinson’s disease, multiple sclerosis or dysarthria after a stroke. In the next step, the ISi-Speech technology will be extended to include other clinical pictures or applications.

In this project, the Oldenburg Branch for Hearing, Speech and Audio Technology HSA is conducting research into algorithms and strategies for robust speech recognition of impaired user speech. For this purpose, a database will be created in the form of a speech corpus for impaired speech. The existing speech recognition technology will be extended by components for evaluation of articulation and modules for reliable detection of impaired speech.

In the area of Connected Health we develop mobile sensor-based health systems.

The project ISi Speech is funded by the German Ministry of Education and Research (BMBF).

Speech Recognition for Products and Processes

Speech detection systems allow operation of technical systems without visual or physical contact. The speech recognition technology of the Fraunhofer IDMT in Oldenburg functions robustly - with and without an internet connection. 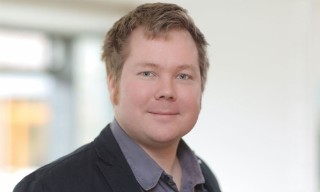