In the ongoing world biodiversity crisis, species extinction rates are increasing dramatically and thousands of species are undergoing a catastrophic decline in numbers (e.g. Campbell et al. 2008; Blake et al. 2006, Walsh et al. 2003). An essential part of effective biodiversity and wildlife conservation management is population monitoring, e.g. to assess population size and viability, or to evaluate the success of implemented protection measures (Nichols and Williams 2006). Therefore, the development of new monitoring approaches has been the focus of intense research (Buckland et al. 2001, Borchers et al. 2002). Identification of individual animals is a prerequisite for many of these approaches, such as capture-mark-recapture techniques (e.g. Borchers et al. 2002).

Similarly, individual identification is required for many questions in behavioral ecological research, ranging from wildlife epidemiology to inter-population comparisons of social dynamics and the evolution of social behavior and cognition. However, the problem exists that for many wild populations, species and individual identification is often an extremely labor-intensive and time consuming task, which may require up to several years (e.g. Bertolani and Boesch 2007, Boesch and Boesch-Achermann 2000). In captive settings the identification of individuals is less of a problem; here it is the processing of large amounts of data that takes the most time and effort.

In recent years, the increase in availability of digital recording devices has facilitated the collection of large amounts of species and individual data from wild populations, for instance with remote camera traps or autonomous recording devices. However, the annual analysis of video and audio recordings is not only laborious, but can be overly-subjective, e.g. in the case of the identification of individuals. Consequently, there is an increasing demand for automated analytical routine procedures for video and audio recordings, characterized by both accelerated data processing speed and improved data quality. This would not only aid in the collection and processing of large amounts of individual data, but would also release previously bounded resources for less repetitive and more innovative tasks. In order to facilitate these new developments, the Fraunhofer Institute contributes its long-established experience in audio and video signal-processing, face-recognition and detection as well as pattern recognition to this project. Our objective is an intensive exploitation of algorithms which were developed in previous research projects for the new field of individual recognition of primates. Following the  first meeting of the affiliated partners in the run-up to this project, we have in our first tests  successfully applied existing technologies developed by the Fraunhofer Institutes to the recognition and detection of primates. However, we face a special challenge: we lack any comprehensive reference databases, which will be essential for the development of algorithms for recognition and supervised learning. Even in the field of human face recognition, test data for unconstraint environments is still an urgent requirement after 20 years of research. Therefore the development of a comprehensive, reliable database is an important component of this project, which is supposed to be available to researches after this project has finished.

In the view of the originating conditions, semi-automatic approaches are specifically taken into account, which can be optimized by interaction and user feedback. Thus researches of the Max-Planck institute are able to train the system even after the end of this project. 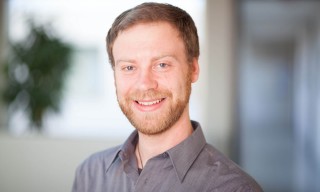