In the IDEAS project, a prototype digital screening system for autism spectrum disorders (ASD) will be developed and evaluated. Through automatic speech and language as well as facial expression analysis and assessment, which will be implemented in the project under diagnostic aspects, ASD typical symptom categories (speech, facial expression, interaction) will be taken into account. The implementation is planned within the framework of a mobile application for smartphones and/or tablets. At the end of the project, the demonstrator will be tested in an early clinical feasibility study. After the end of the project, further development into a medical product (screening system) is planned.

The Fraunhofer IDMT's Oldenburg Branch for Hearing, Speech and Audio Technology HSA is further developing the existing technologies for speech recognition and systems for speech and language assessment specifically against the background of the symptoms of ASD. Algorithms based on test and training corpora are being developed to identify and classify linguistic utterances. In addition, the speech and language evaluations are brought together with facial expression and gesture analysis in the network. The Fraunhofer IDMT is also closely involved in the implementation and testing of the expert system.

When speaking is difficult

Within the »HiSSS« project, Fraunhofer IDMT is making an important contribution to logopaedic therapy after a stroke.

Regaining speech and language after a stroke

With the help of automatic, audio-visual recognition and analysis after a stroke, logopaedic therapy is to be supported in the long term.

In the area of Connected Health we develop mobile sensor-based health systems.

The project »IDEAS« is funded by the German ministry of education and research (BMBF) within the research programme »KMU-innovativ« (13GW0584/A-E).

The development and utilisation of digital speech processing technologies can make an important contribution to individual capacity for verbal communication. 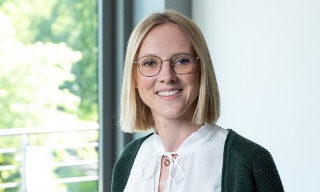